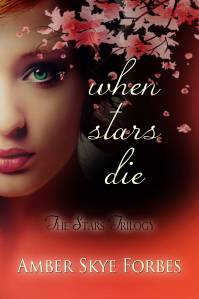 As you all know, When Stars Die is now an orphaned book due to the unfortunate closure of AEC Stellar Publishing. It wasn’t as heartbroken as I imagined it would be. It still sucks, but I’m trying to see the bright in the bad now. All this means for me is that my novel will receive a fresh start at another home that will hopefully treat it just as well as AEC did. When Stars Die will start over and hopefully find a wider audience. Who is to say? I can’t assume anything right now.

When Stars Die has already received one rejection from Month9Books, but only because Month9 doesn’t accept previously published books from publishers that haven’t been in the game long enough. However, its publisher did love my query letter, so that is a step in the right direction. I’m waiting to hear on these remaining houses: Curiosity Quills Press, Pants on Fire Press, and Bookfish Books. The third one is relatively new, but they’re already pretty attractive in my eyes. Writers AMuse Me Publishing is also on my list, but I’ll submit to it once I hear back from the other three houses. Apparently there isn’t a long waiting period, however, to hear back from them. From what I’ve been told, it can take up to two weeks. With Month9, it was about three days.

It’s unfortunately not uncommon for newer presses to fold within the first few years of their lives. AEC didn’t fold due to any financial reasons. That much I can at least say, as most do fold for that reason.

I think a lot of people would have probably gone ahead and self-published, but since only one book was published in the trilogy so far, I see it fit to find a new home for it. Curiosity Quills most definitely takes previously published works from other houses. I’m not sure about the latter two, as they didn’t specify in their guidelines, but I gave them a chance anyway. With Writers AMuse Me, I’ve already got an “in,” so to speak, but as a courtesy, I do want to wait and hear back from the other publishers and see what they offer, and then I’ll submit to Writers.

So now it’s a waiting game, but I will be updating as each publisher gets back to me. I hope you all will follow me along this tough journey. The good news, however, is that I have finished revisions on another novel of mine, and I’m just waiting to get it submission ready. 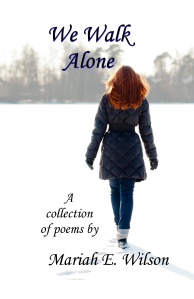 Yes, my PA is having a collection of poetry published by WAMM! I hope you all will add it to Goodreads.

The poems in We Walk Alone examine the journey we take in our head. It’s about the struggle to connect with people and the world around us.