This occurred months ago, and I’ve been meaning to write about it for a while, but some time in June, a fan of John Green’s criticized his use of the “r-word” (retarded) in Paper Towns. John Green apologized to his fan for using the word by basically saying that he thought, at the time, that authors should reflect language, but now he believes language shouldn’t be dehumanized. Basically, just because the word exists doesn’t mean we should use it–in writing, anyway.

Now I believe that John Green’s apology was absolutely sincere. If you follow him anywhere on the social media sphere, you’ll notice he tries his best to be a decent human being with everyone he interacts with. Plus, I feel like with the novels he has written, you have to be a sensitive person to begin with to effectively convey the stories he has created. However…

I don’t feel like he needed to apologize, even though he chose to because he regretted using the word. I have to commend him for being able to do this; however, what is essentially being argued is that we should censor language.

English does contain ugly words. People use these words. All the time. It’s not uncommon for teens to use the word “retarted.” And for anyone who argues otherwise, I work with teens and take ballet with teens. If they use it, then plenty of others use it. This doesn’t mean we should forever and always use this word. What it does mean is that we should not conflate John Green with his character in Paper Towns. John Green is not Quentin Jacobson. I haven’t read the book in a while, but from what I’ve read, he didn’t use this word in his narrative, or else that would be an entirely different matter. And even if he did, it’s a first-person narrative, so the entire thing takes place in the voice of Quentin. Using it in a third-person narrative, again, would be a totally different matter. But apparently he wrote the word in dialogue. It isn’t out-of-character for Quentin to use the word “retarded.” If it were OOC, I could see this being a problem, but it isn’t. John Green also isn’t the one saying “retarded.” His character is saying it. We authors do not hold the values and opinions of our characters. We simply give them values and opinions that may or may not differ from our own.

I believe that writing should portray reality, including the language people use, even if these words are hurtful. I do have a cousin with Down Syndrome, so I know how offensive that word can be for her, but we shouldn’t have to sanitize our characters and the language they use to keep ourselves from offending someone. What people in general really, really, really NEED to understand is that a character’s language is not a reflection of neither the author’s language nor thoughts. Writers must stay true to their characters. If a teen grows up in a poor neighborhood, grows up in a broken family, lives in a neighborhood riddled with crime, then it’s reasonable to expect that character’s language is most likely going to be crass because that’s what that character most likely grew up around. Unless you want your character to be a role model, writers shouldn’t have to sanitize the offensive language their characters use.

It IS a writer’s responsibility to reflect language as well, or else they risk creating ineffective stories and propagating lies by presenting a pretty reality where no one uses harmful words. They risk creating a reality that is a complete LIE. Writers have a responsibility to accurately portray their characters, too. Is it really realistic for a character who grew up around offensive language to not use offensive language at the risk of offending someone? It’s not! Not at all. The world doesn’t revolve around us. Books shouldn’t eliminate what makes us uncomfortable because life can be uncomfortable. And if you want writers to affect a change with their writing, then they have to be honest. Writers shouldn’t have to cater to people’s feelings.

Now I understand, from research, that his fan has a brother with autism, but until it becomes absolutely unrealistic for decent people to use the word “retarted,” then writers shouldn’t have to censor themselves at the risk of offending their readers, potential or otherwise. Sure, we can argue eliminating the use of the word “retard” could start with writing, but that’s simply an artificial elimination, and you can’t even argue that it’s a start. Openly discussing the word is a start–not asking writers to remove it from their writing. Art should be the last thing that people ask to be censored. Art can, in fact, open a discussion that would otherwise not be had if all artists decided to censor everything at the expense of sparing their consumers’ feelings.

Some authors want to write books to affect a change. Some authors want to write to entertain. Regardless of a writer’s intentions, books don’t have to be a vehicle for change; thus, readers shouldn’t expect authors to write books that are role models for how people should behave. If we’re going to ask John Green to stop using offensive language, then we should beg him to remove that vanilla sex scene between Hazel and Augustus because teens shouldn’t be having sex since it could lead to x, y, and z, and he’s only encouraging teen sex by putting it in The Fault in Our Stars. You would be surprised by how many people are offended by teen sex–but it represents reality because there are teens who have it! 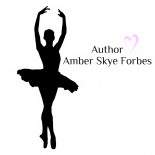