As writers, we all have things that inspired us to create the stories that we have. I am obviously no different, so I want to take you on a visual journey of legit things that inspired me to create When Stars Die and this current novel I won’t reveal until I have 31 posts written–also a few visual things for my published short story Dead Poet’s Pendulum that you can find on Google Reader from The Oddville Press.

Welcome to my mind. 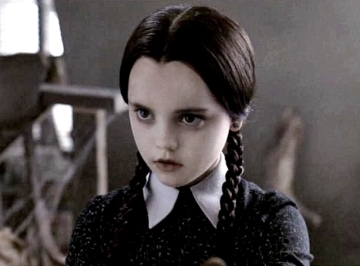 No lie. This girl was in a nightmare of mine I had way back in the sixth grade. But she was someone else, a frightening murderer trying to kill off my sixth grade class. She’s evolved over time though into Amelia Gareth, the MC of When Stars Die. Amelia’s character is based off her design, but with a more mature, down-to-earth look. 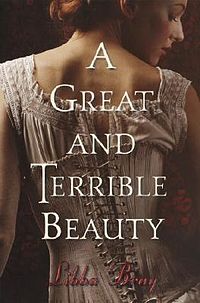 This book fueled my fascination for all things 19th century–and now I can’t stop putting my stories in this era. When Stars Die is set in the nineteenth century, except things are at a convent, but decorum, mannerisms, social cues, are all the same. Dead Poet’s Pendulum is set in the 19th century as well, albeit an alternate universe. There is also a village in my new novel that draws inspiration from the nineteenth century and adds a modern twist. 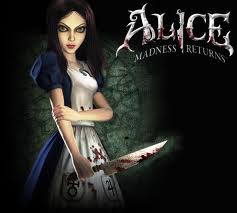 This entire game fueled my love for all things twisted and psychologically complex. Plus, the various costumes Alice wears (which, I would argue, are in the line of Lolita fashion) are irresistible. Alice in Wonderland in general inspired my new novel. There are going to be various allusions throughout, but Madness Returns inspired the dark side of the novel to render it a dark fairy tale.

The writing in this book isn’t the best, but the story is just plain fun. Emilie’s world collides with Emily’s (with a Y) world to make you wonder which world is real and which is not: the modern day asylum Emilie is currently in or the 19th century asylum torture chamber Emily (with a Y) exists in.  The interesting world in this story inspired the style of the village in my new novel and the antagonist of the book inspired my own antagonist, and the book overall inspired the fashion of the characters in this book. The illustrations also inspired the dolls and puppets that play a crucial role in my new novel. Here is one such illustration: 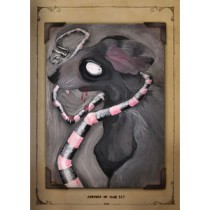 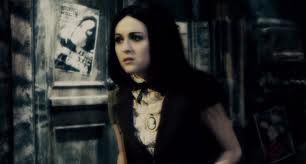 Shiloh from Repo: The Genetic Opera. This one isn’t so much my writing as it is my entire style. I’m sort of a clash between Sweet Lolita and Gothic Lolita. It depends on whatever I feel like I want to wear that day. But a movie such as this inspires me to keep writing dark: dark paranormal, dark fairy tales, just dark books in general. 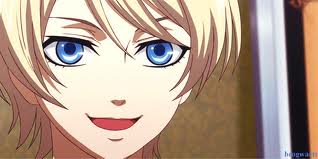 This little beauty is Alois Trancy from Kuroshitsuji II. The design of the main character in my new novel is actually based off his design. Alois’s vulnerability also inspired me to make my MC just as vulnerable. My MC is deliberately beautiful because beauty plays such an enormous role in the tragedy that occurs halfway through the book.

So these are just some of the things that have inspired my writing. I could do an entire book of visuals that put me in the mood. Stars, I’d be interested in you doing visual inspiration posts as well. Everyone loves looking at pictures, after all. They hold even more meaning when we know they’ve inspired people to do great things.