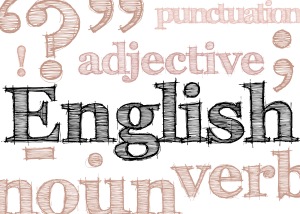 Yes, I do keep saying I’ll get to marketing on books, but I suppose that is a topic I need to thoroughly think over before writing it, as there are so many things involved into marketing one’s book AFTER the publisher has done all the PR for you. So that post won’t be directed toward self-published authors (many market from start to finish, and some hire PR people), so that post will be directed at people published with either small or large houses. Conclusion: you can’t fully rely on your house to continue marketing for you after the book has been released, but, obviously, I’ll get more detailed in the next post.

In any case, through the Education classes I’ve taken and the one communications class I took, I have begun to realize that all this hand wringing over the rape of the English language is a little laughable. Perhaps my education is a little liberal, maybe politically correct, but who knows? For example, texting language is its own valid language that has its place among our society–that appropriate place being texting, not in writing essays because, obviously, teachers and professors are used to English as it is, and I certainly don’t know what every acronym among texting means; therefore, there is a time and place to use texting language, and essays and other academic writing is not it. Lauren Myracle’s TTYL is one example of a book that uses texting language. And, of course, I can see teachers and professors being frustrated with students because some students do happen to slip texting language into their essays, which is not the time and place to be using it.

Back to the topic at hand, though. I have learned through my Education courses that our English language is the way it is today because of the dominant powers in place that say we should be speaking this way, that we need to be speaking and writing this way, and these dominant powers are often the upper class and wealthy. Going back to Ebonics, there are people out there who think that, among the black community, these people are speaking Ebonics out of ignorance of the English language. However, I want to point out that Ebonics DOES have its own structure. For example, someone who speaks Ebonics might say, ‘My brother, he got in trouble.’ Those who speak regular English would just say ‘My brother got in trouble.’ However, for the person speaking Ebonics ‘My brother, he got in trouble,’ makes perfect sense to them. It is what they grew up speaking, and I don’t think this necessarily  means ignorance of the English language. It just means that in an academic setting, they have to be taught the proper way to speak English, because the dominant language in America is not Ebonics.

However, I think people need to come to the realization that Ebonics is its own language with its own structure. In fact, and I read this from a textbook of mine called Rethinking Multicultural Education, one teacher put Ebonics into her lesson plans to show her students that it indeed has its own structure. When people speak Ebonics, they are not deviating from that structure and making up sentence structures and words out of mid-air–slang and Ebonics are VERY different. This teacher had her students do an assignment on writing something in Ebonics so that the students who did speak Ebonics growing up weren’t made to feel ignorant. Rather, it made them feel empowered and legitimate, while also knowing that for academic assignments, Ebonics wasn’t the “proper” language to write in, but a language that can be used outside of school when among friends and family.

This is similar to how foreign-speaking students who write in English structure the sentences in the way their language structures it. It’s not wrong at all, but in the English language, we’ve been taught that conciseness is a necessity because the dominant powers say it is. Books, especially in the 18th and 19th centuries, were anything but concise, but many of them are still read today, like Jane Austen’s books. Perhaps people began looking at writing itself and began to realize conciseness is best, but for those who existed in Jane Austen’s time, they were very much used to the wordiness of sentences in the books written for them. At the same time, it was primarily the upper class that had the time to read books, so wordy sentences were okay with them because, well, they had the time to read these big books. Now in our hectic world where everyone’s time is divided between this and that, books are probably more concise to match with the fast-paced world we live in–but this is more of the way the market is. We don’t consider Jane Austen’s writing bad, even though her sentences are very wordy–especially Nathaniel Hawthorne’s books, so writing and speaking are a very subjective thing.

So what’s your opinion on all this stuff I’ve just laid out? Do you think the hand wringing of the English language is justified? Or do you think there is something else at work?