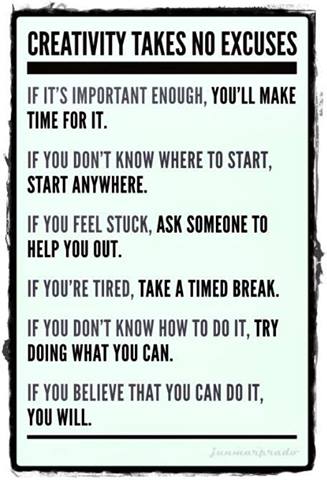 Ballet class on Monday was rough. Since Ms. Toole is on vacation, the director of the school is doing our class this week. Now I love taking class with him because he is meticulous, but I think he sometimes gets carried away with exercises and forgets just what level he’s teaching. Granted, my level is one step below the most advanced class one can take, but still…compared to Ms. Toole’s class, the director’s class was pretty advanced in some exercises. I shined in pointe class, of course, because it seems like once I’m on my toes, I’m weightless

In spite of class being so difficult and me performing poorly half the time, I am not deterred from taking class tomorrow. If anything, I want to improve and am more determined than ever to take class just to see what I can do.

There is an interesting thing in ballet that is very much comparable to writing, and that is the tendency to stumble across deadening mental blocks. When it comes to across-the-floor exercises in upper level classes, that mental block wants to creep upon me because these exercises are where you’re performing in like two or three person cells, so the rest of the class is able to watch you. When you’re performing on stage, you can’t even see anyone, but in class, you can see everyone and everyone can see you.

The class on Monday was already slightly disheartening, so my brain was already trying to disengage itself from the exercise being shown. By the time we got to it, what was in my brain couldn’t go to my feet, even though the exercise was, for the most part, at my level. It wasn’t that I couldn’t do it–it was that I had allowed myself to become so intimidated that the mental block overpowered me.

I know this happens in writing for a lot of people. You have it in your head, but you can’t get it on paper. Sometimes you come across scenes that you know are intimidating to write, and you find that mental block doesn’t let the words flow as they should. It’s very much different from a writer’s block. With a writer’s block, you have no idea what to write. With a mental block, you know what to write, but it’s not translating or won’t translate on paper. Mental blocks can be more terrifying than writer’s blocks because you wonder how you’re ever going to take what’s in your mind and put it on paper. As a ballet dancer, mental blocks are terrible. I want to so badly to be able to perform the director’s across-the-floor exercises, but I have to overcome that mental block, which is a lot harder than actually learning new movements because it is entirely contingent on my mind, not muscle memory.

But I’m going to go into class with a renewed sense of vigor and determination. It’s something I love enough to practice on my own in that thirty minutes before class starts. Sometimes, we just need to take breaks from what we’re doing to really assess our problems and get a thorough grasp on them because it’s ultimately intimidation that feeds those mental blocks. Tomorrow, I’m going to go in with a bring-it-on attitude because the only person really being critical is me.

Dance is not a lonely endeavor, and writing doesn’t have to be either. You aren’t competing with anyone but yourself, and so your only competition is to be better than y0u were the day before.