I am a young adult writer. It’s primarily what I write, and it’s primarily what I’ve written since middle school. I also read nothing but young adult. I’ll read the occasional adult book, but there is just something about young adult characters that captivates me more, and perhaps it’s because I want to teach this age group–although what I really want to do is be an editor or even creative writing teacher.

In any case, I think I love young adult so much because teens tend to be naturally vulnerable, so for me there is so much character growth that can happen. My favorite characters are those who change and grow so much, and for teens, this can happen. Oh, certainly anyone can be made to feel vulnerable, no matter the age, and so change must happen, but, contrary to popular belief, teens are a vulnerable age group and I just want to write for them to be another voice that helps them along in this messy thing called life. 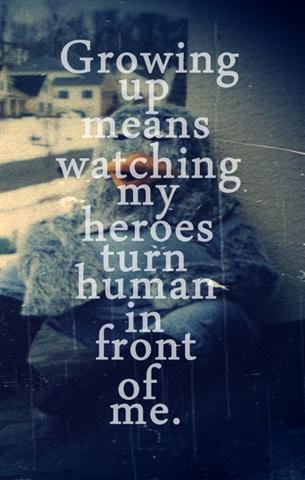 Teens are trekking the perilous world between childhood and adulthood and yet are expected to act as adults. This is a fun notion to play with because it means putting your teens in adult situations where they often have undeveloped thoughts about a situation that are forced to develop in order to resolve the plot. This is what I love about young adult so much.

My favorite teen character of all time is Gemma Doyle in the A Great and Terrible Beauty trilogy. She starts off as a social outcast who longs for power in order to change her life. Against her mother’s wishes, she takes power from a place called the realms so she can actively do something to change who she is. What is so great about her ignoring her mother is this aspect of teen rebellion that helps teens separate themselves from their parents in order to find their own identities. Gemma does this and eventually learns from her mistakes, growing up in the process as she learns that power, of course, comes with great responsibilities. Throughout the course of the trilogy she basically becomes mistress of the realms and finds herself taking two steps forward and two steps back as she grows into a courageous young lady capable of handling her own life.

But I write young adult because teens are so vulnerable. They can never have too much literature that reaches out to them and says, “Yes, I understand.” I want my writing to empower them, and I especially want my characters to empower them. Teens have it rough anymore: expectations from parents, teachers, and other adult authority figures in their lives. They are expected to maintain grades, participate in extracurriculars, compete to be in top colleges, sit in a box for 6 hours a day learning things they wonder why they’re learning; do homework afterward, all while pleasing everyone they meet because they have little control over their own autonomy. Being a teen is rough. It rankles me when adults make the claim teens have it easy. No they don’t. Just because they’re not paying bills doesn’t mean there is any less pressure for them to maintain good grades and get into a good college. Schools seriously have you believe bad grades means a terrible future.